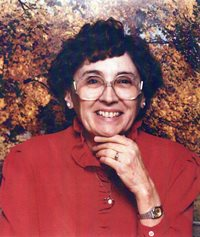 After a long, difficult and unfair journey, Dorothy is now re-united with loving husband David Iler (2020) and daughter Leslie Nantais (2007). She is survived by daughter Susan (Rick) Hebert and also remembered by Gary Nantais. Cherished grandma to Matthew (Valerie) Nantais and Jeffrey (Jenna) Nantais. Proud great grandma to Benjamin, Amelia, Noelle and Elizabeth. Missing Dorothy is sister Anice Langille. Dorothy was predeceased by parents Lester and Nellie as well as siblings Muriel, Perry, Ivan, Bill, Harry and Mae. Dorothy grew up on a 100 acre farm at the west end of the 5th Concession of Colchester South. Typical of the times, she walked 1 ½ miles to Gilgal Public School on Walker Road, even in the snow!!! After 4 years of high school she took a year off to help family and neighbours with chores. In 1949, she took a 1 year commercial course at Harrow High and in September 1950 she was hired by The Amherstburg Echo, replacing Geraldine Elliott (Iler). On October 3, 1950 she had her first date with the infamous David Iler. After a whirlwind romance, they married on June 19, 1952 at the Harrow United Church parsonage followed by a honeymoon in Niagara Falls. Their first home, a small house on Texas Road in Amherstburg was soon outgrown while raising their two daughters. In 1963 they purchased a 50 acre farm at the east end of the 5th Concession of Colchester South. Not afraid to get her hands dirty, plowing fields, hauling hay and even birthing calves was not unusual. In retirement she would accompany Dave on his various musical adventures throughout the county. Between 1992 and 2011, Dorothy hand crafted over 200 quilts, afghans, lap robes, honey bears and cushions for family, friends and neighbours. Some were donated to the Women's Institute Group, Trinity New California Church, I.O.D.E. and Leamington hospitals, Sun Parlour Home, Leamington Nursing Home, John R. Park Homestead, Manitoba Relief Fund (1997) and the Alzheimer's Society. Although both daughters didn't inherit this amazing talent, they both were given her love of gardening. "Our best qualities came from our mom, so Thank You". (Dad would agree). A sincere thank you to Seasons Belle River and Chartwell Royal Oak Kingsville for their care, patience and compassion. Dorothy's family laid her to rest in the Iler Cemetery on January 27th. Over the years, Dorothy and Dave enjoyed many leisurely drives to the Jack Miner Bird Sanctuary. With that in mind, memorial donations to their "Build The Fence" fund or The Harrow Food Bank would be appreciated. Arrangements entrusted to Gerald A. Smith Funeral Home, Harrow. You may send your online condolences to www.geraldasmith.ca

To send flowers to the family or plant a tree in memory of Edith Iler, please visit Tribute Store