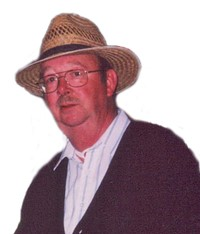 Passed away at the age 76 years on June 1, 2019. Beloved husband of the late Alma (Howran) (2016). Loving son of the late Cecil (1992) and Matilda (1993). Loving “Pops” of the  (late Al), Maryann, (late Patricia) and Elizabeth. Dear brother of the late Douglas (2008), Sonja (late Ken) Colombe, Suzanne (Mark) Ward, Cecil (Becky) Mackenzie Bill (Maureen) Mackenzie, Pam Mackenzie, and Natalie (Dale) Koziana. Also remembered by many nieces and nephews. Gary worked along side his father Cecil P. Mackenzie at the Harrow News from the young age of 17 until taking over with his brother Cec in 1983. After working for 43 years at the Harrow News he retired in 2003. In keeping with Gary’s wishes cremation has taken place with no visitation or service. Interment at Little Lake Cemetery in Peterborough at a later date. Memorial donations may be made by cheque to the Heart and Stroke Foundation or the RCLB #338, Harrow. You may send your online condolences to www.geraldasmith.ca