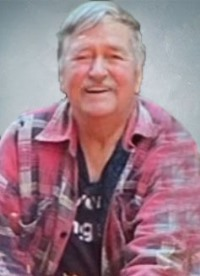 It is with heavy hearts that we share after 71 years of causing havoc, stirring the pot and not giving a F! Terry Cullen passed away peacefully with his family by his side. Adoring husband of Connie (nee Stockwell) for 50 years. Loving father of Heather and Doug Hyland, predeceased by his son Gary (2006). Supportive gramps to Zak "Willy" Perisic, Josh "Muff" and Amber, "Gab" Cullen, Madison "Moo" and Cody "Spike" Hyland. Son of the late William Cullen (1963), Clifford (1983) and Mary Seary (2021). Son-in-law of the late Clifford (2008) and Jean (2021) Stockwell. Brother Nick will be missed by his siblings Billy & Bonnie Cullen, Maureen & Jim Gadd, Barbara & Gary Purdon and Barry & Lori Cullen. Sarcastic brother-in-law to Terry (2020) and Nancy Stockwell, Vickie & John (2016) Webber and Bonnie & Rob Galloway. Will be missed by many nieces and nephews, Ryan (Speedy), good friend Dup and many others. Our sincerest gratitude to the Windsor Regional Hospital Ouellette Campus site CCU nursing team, the care and support you provided Terry went above and beyond. Per Terry's adamant wishes cremation has taken place and no further services will be held. In Terry's words…" I hate long goodbyes". Memorial donations may be made by cheque to the Canadian Diabetes Association or the charity of your choice. Gerald A. Smith Funeral Home 197 King St. W. Harrow. You may send your online condolences at www.geraldasmith.ca

To plant a beautiful memorial tree in memory of Terrence Cullen, please visit our Tree Store

A Memorial Tree was planted for Terrence
We are deeply sorry for your loss ~ the staff at Gerald A. Smith Funeral Home Limited
Join in honoring their life - plant a memorial tree
Services for Terrence Cullen
There are no events scheduled. You can still show your support by planting a tree in memory of Terrence Cullen.
Plant a tree in memory of Terrence
Share A Memory
Plant a Tree