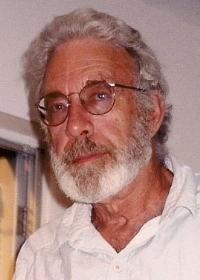 On January 12, 2022, at age 82 Paul passed away peacefully at his Harrow home. He was surrounded by the love and comfort of his family. He is survived by his beloved companion Diane Knight and his four children; Laurie Triefeldt (Rein), Leslie Paine (Will Falk), Jason Paine (Alison Selkirk) and Cameron (Kelly) Paine. Also survived by his first wife and mother of his children Janet Paine and his second wife Eleanor Piotrowski. He will be greatly missed by his five grandchildren: Alexander; Cassandra; Audrey; Thomas; and Calvin. Paul also leaves behind many nephews and nieces. Paul is predeceased by his parents Reginald and Laura (Higton) Paine, his brother Frank Paine and his sister Mary Ruth Hernandez.

A self made man, Paul took great pride in his career as a real estate developer and was the founder of Buckingham Realty Ltd. He was an avid sailor and long term member of the Windsor Yacht Club. Throughout his life Paul enjoyed building model airplanes and, in his later years, restoring vintage tractors. Paul had an appreciation of nature and conservation and planted hundreds of trees on his farm. Paul was a man with an infectious zest for life. He loved Jazz, good food and wine, and the company of his family and good friends. He will be very much missed.

The family would like to thank the many caregivers and medical professionals who assisted in making Paul comfortable in his last few weeks, including from the Hospice of Windsor-Essex County, the Victoria Order of Nurses, and Comfort Care. Special thanks to Kim from the VON. Cremation has taken place. A celebration of Paul's life will take place later this year. In lieu of flowers, those wishing to make a donation in memory of Paul are asked to consider The Hospice of Windsor Essex County or a charity of choice. Arrangements entrusted to Gerald A. Smith Funeral Home 197 King St. W. Harrow. You may send your online condolences to www.geraldasmith.ca